The monographic exhibition of Lucio Fontana will be held for the first time in Moscow.

Multimedia Art Museum, Moscow, is very pleased to present for the first time in Moscow a retrospective exhibition by luminary of Italian and worldwide contemporary art Lucio Fontana,
created in collaboration with the Fondazione Lucio Fontana. The exposition, which includes more
than 60 works by the artist from the Fondazione Lucio Fontana, Italian museums and private
collections, allows us to follow the evolution of the artist’s oeuvre, from figurative works to
abstractions that subvert the traditional idea of the picture. One of the project partners was the U-art Foundation.

Lucio Fontana was born in Argentina in 1899, to a family of immigrants from Italy. His first artistic
experience was as a child, when at the age of 10 he began work as an apprentice in the studio of his
father, the sculptor Luigi Fontana. In 1929 he graduated from the Brera Academy in Milan. During
the First World War he lived and worked in Argentina, before returning to Italy in 1947 and
publishing the Primo Manifesto dello Spazialismo (First Manifesto of Spatialism), written jointly
with the critic Giorgio Kaisserlian, philosopher Beniamino Joppolo and writer Milena Milani. That
moment heralded an entirely new chapter in the artist’s work. Lucio Fontana raises the global
question of the interaction between art and science, scientific and technological progress and the
new plastic methods and forms of expression. 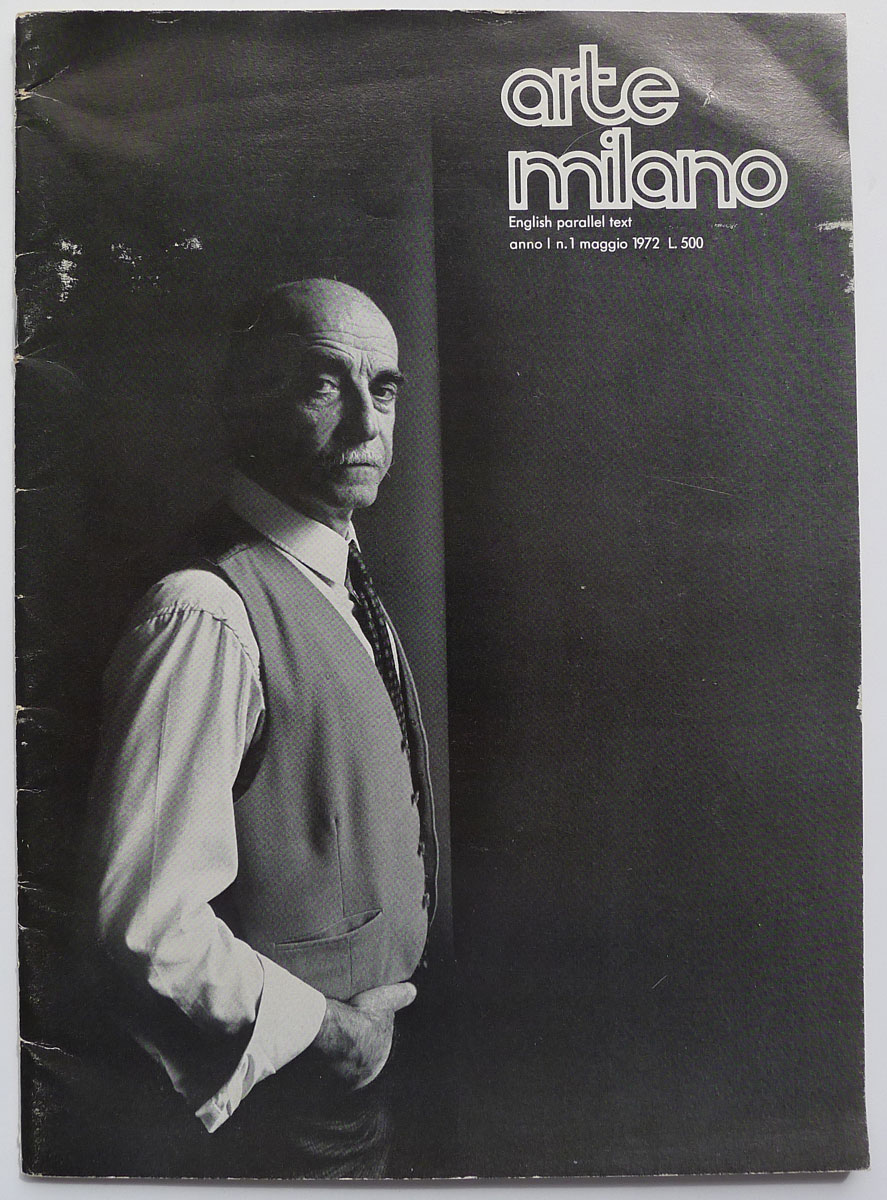 Thanks to the work of Lucio Fontana tectonic changes have occurred in postwar Italian and world
art. In any discussion of this artist’s oeuvre, it is the famous buchi (holes) and tagli (slashes) that
first spring to mind. Yet Fontana’s work is not merely a vast assembly of innovative techniques in
the use of infinitely diverse plastic materials. This is a deep philosophical reflection on the
boundless universe around us and the place occupied by human civilisation as it rapidly changes
under the pressure of scientific and technological progress, as well as a meditation on the in-depth
meaning the concept of ‘freedom’ entails. 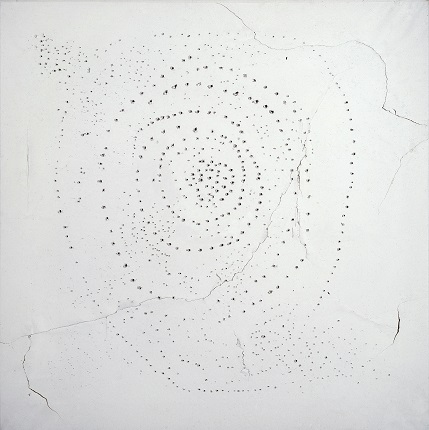 These signature buchi (holes) in the works of Lucio Fontana meant access to a new infinite
dimension for the artist. Light discovered beyond the canvas space held sacred by the art world
became an exit into the cosmos. And here Fontana’s ideas show their visionary power, articulated in
his signed manifestos as art’s capacity to anticipate scientific discoveries in the same way that
scientific and technological progress necessarily affects artistic creativity. The first space satellite
would be launched in the USSR in 1957, ten years after Lucio Fontana’s own ‘cosmic
breakthroughs’. Lucio Fontana followed this exploration of space with close attention and passion.
The artist signed one of the works presented at the MAMM exhibition, Concetto spaziale, Attesa
(Spatial Concept, Expectation, 1965): ‘Soft / landing / of the Russians on the Moon… / Space Age’.

In parallel with searches for new freedom outside the canvas, in the 1940s Fontana continued to
work as a sculptor, building a dialogue with the history of world art, with the major styles and above
all, the ‘baroque’ style, which proved the most relevant to the artist’s own passionate and emotional
nature. The MAMM exhibition will present four sculptures from this period, as well as twelve
ceramic Crucifixions (ceramics is one of Fontana’s favourite materials). Fontana’s ceramic
crucifixes with coloured glaze, created from the 1940s to 60s, reveal the deep interconnection of the
artist’s spiritual and artistic quests. 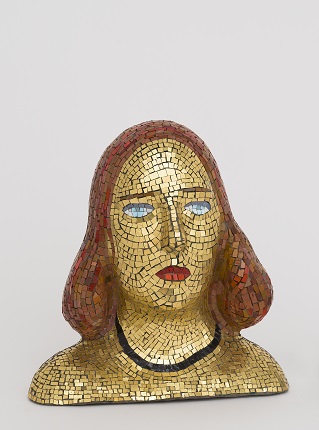 In 1958 Fontana began his most famous cycle, Tagli (Slashes), which continued to occupy him for
the rest of his life. On works of this cycle entitled Concetto spaziale, Attese (Spatial Concept,
Expectations) the legendary tagli (slashes) appear, the culmination of his spiritual quests and a
plastic presentation of his faith in infinity. The picture finally ceases to be a space for reflection of
the material world, turning into a form for the representation of conceptual ideas.

Already in 1949, at the Galleria del Naviglio in Milan, Lucio Fontana presented his first work from
the series Ambienti spaziali (Spatial Environments) — Ambiente spaziale a luce nera (Spatial
Environment in Black Light). In modern terms this exhibition by Lucio Fontana could be seen as
one of the first total installations. The strategy of presenting art objects to the viewer is
fundamentally replaced by the concept of immersing viewers in a totally transformed environment
revealed to them by active and interactive contact. In this installation Lucio Fontana uses the
technique so beloved by contemporary artists — the use of fluorescent colours that appear in ‘black’
light, showing the luminosity of these colours. Here the light Fontana discovered in his holes and
slashes became the main expressive element.

This search for light led Fontana to work with neon, which he used to create Ambienti spaziali
(Spatial Environments). From the 1960s onwards neon makes a constant appearance in art practice,
and it still features in the work of many artists.

In the last and perhaps most productive period of his work Lucio Fontana devised two new cycles,
examples of which are presented in the MAMM exhibition. These are Quanta (Quanta, 1959—
1960), polygonal fragments of canvas that can be arranged in space in arbitrary combinations, and
also the cycle Teatrini (Little Theatres), a series he produced from 1964 to 1966. In this cycle he
combined pictorial and sculptural elements, creating a new multi-layered space. ‘Little Theatres’
makes a connection with his previous sculptural series Nature (Natures), some of which will also be
displayed at the exhibition.

At the beginning of the 21st century contemporary art again faces the problem of seeking fresh ways
to develop. New digital technologies, VR, augmented reality and the emergence of neural networks
and social networks that have become a reality today make us rethink the world we live in. Art, like
science, possesses a logic of self-development. The interaction of these two spheres in the spiritual
life of mankind was also addressed by Lucio Fontana, patriarch of Italian art of the 20th century,
whose work was awarded a Grand Prix at the 33rd Venice Biennale in 1966.

Acquaintance with the works of Lucio Fontana gives an important impetus to the search for new
ways to develop art today.

With the support of:

(According to the press service of the Multimedia Art Museum, Moscow)