On June 29, Nizhny Novgorod hosted the Innovation award ceremony supported by the U-Art Foundation. The event took place outside Moscow for the first time  in a 14−year-long history of this governmental award in contemporary art.  This was one of the first steps towards decentralization proclaimed by the organizers.

Тhe said concept consists in shifting the focus of attention from the Russian capital to other cities and regions. This also accounts for the composition of the expert board, with just two of its members being Moscow curators this time.

Innovation’s journey to Nizhny Novgorod entailed a change in the award procedure. This year, the opening of the nominees’ exposition, the jury session, and the ceremony itself were all held within the same day. The eventful program wasn’t hindered by poor weather conditions which the organizers apparently hadn’t been able to foresee when planning the ceremony at a picturesque outdoor venue. As the local governor Gleb Nikitin put it, overcoming difficulties is  nothing new to artists—or their ideas. The nominees’ exposition opened in a wonderful Arsenal space, a local branch of NCCA (National Center for Contemporary Arts).

The exhibited works had been short-listed for three nominations: New Generation, Artist of the Year, and Book of the Year. For the other five, street artists  Maxim Trulov and Ksiusha Lastochka had created a series of funny black-andwhite comics centered around one main character. “The duo’s idea is that the exposition itself is empty,” says curator Alisa Savitskaya. “It only acquires sense when someone—a viewer or an artist—appears. So it is the character created by the two artists who plays this role.” 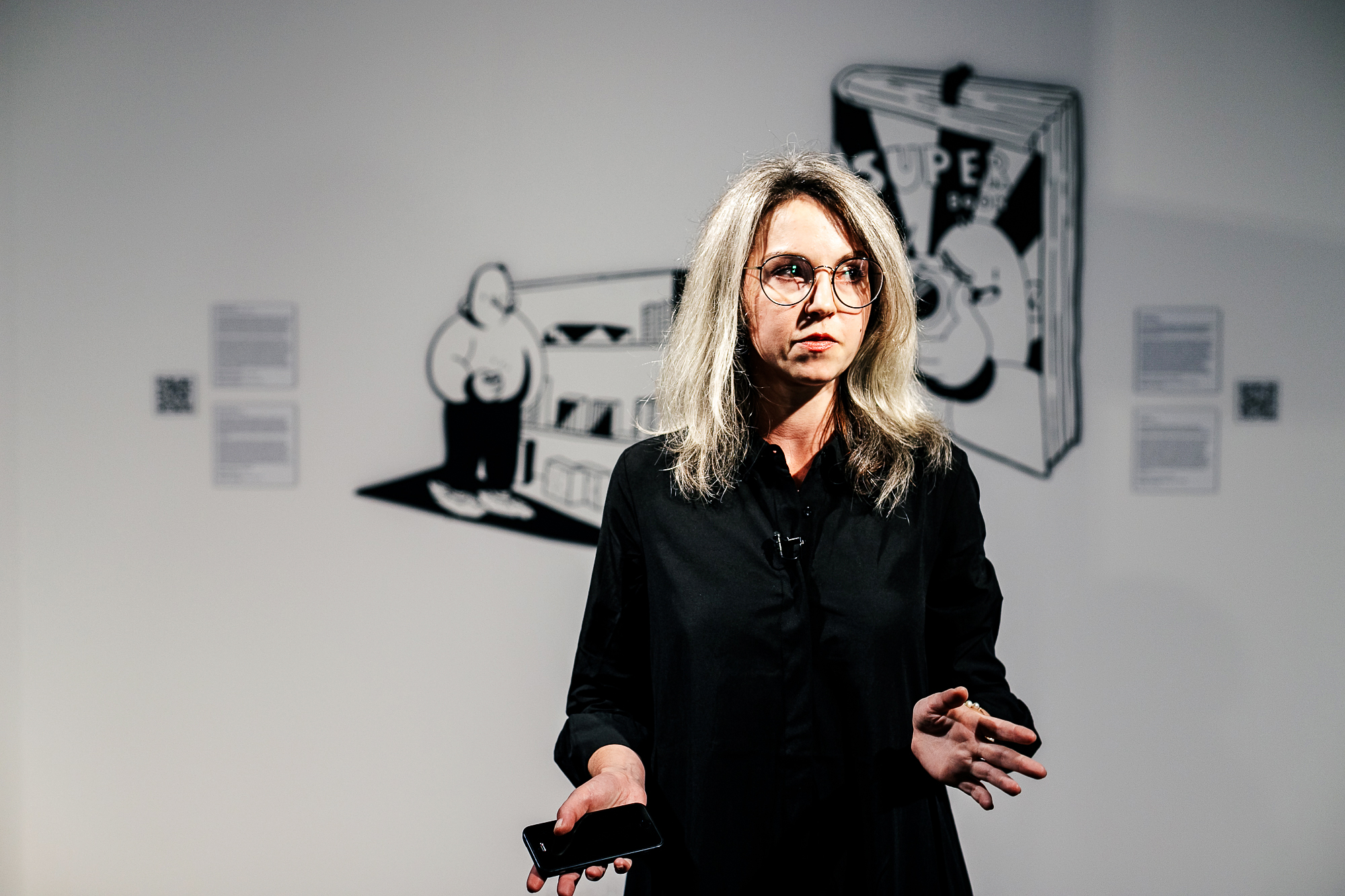 The exposition organizers had kept in mind viewers of all levels of expertise. NC CA’s Arsenal Director Anna Gor believes that although Innovation always featured an interesting exposition, the latter was mostly designed for professionals. “There were many things the viewers could not understand,” she says. “So this time around we arranged it in such a way as to encourage the visitors to look up things in the Internet and learn more about art. Thus, they would put almost the same amount of effort as the artist did creating his work.” Interestingly, it wasn’t the first attempt to transfer part of the exposition into virtual space. Last year, the exposition documents had been conceptually posted on the web page while the real exhibits had been placed in the Russian State Library in Moscow. 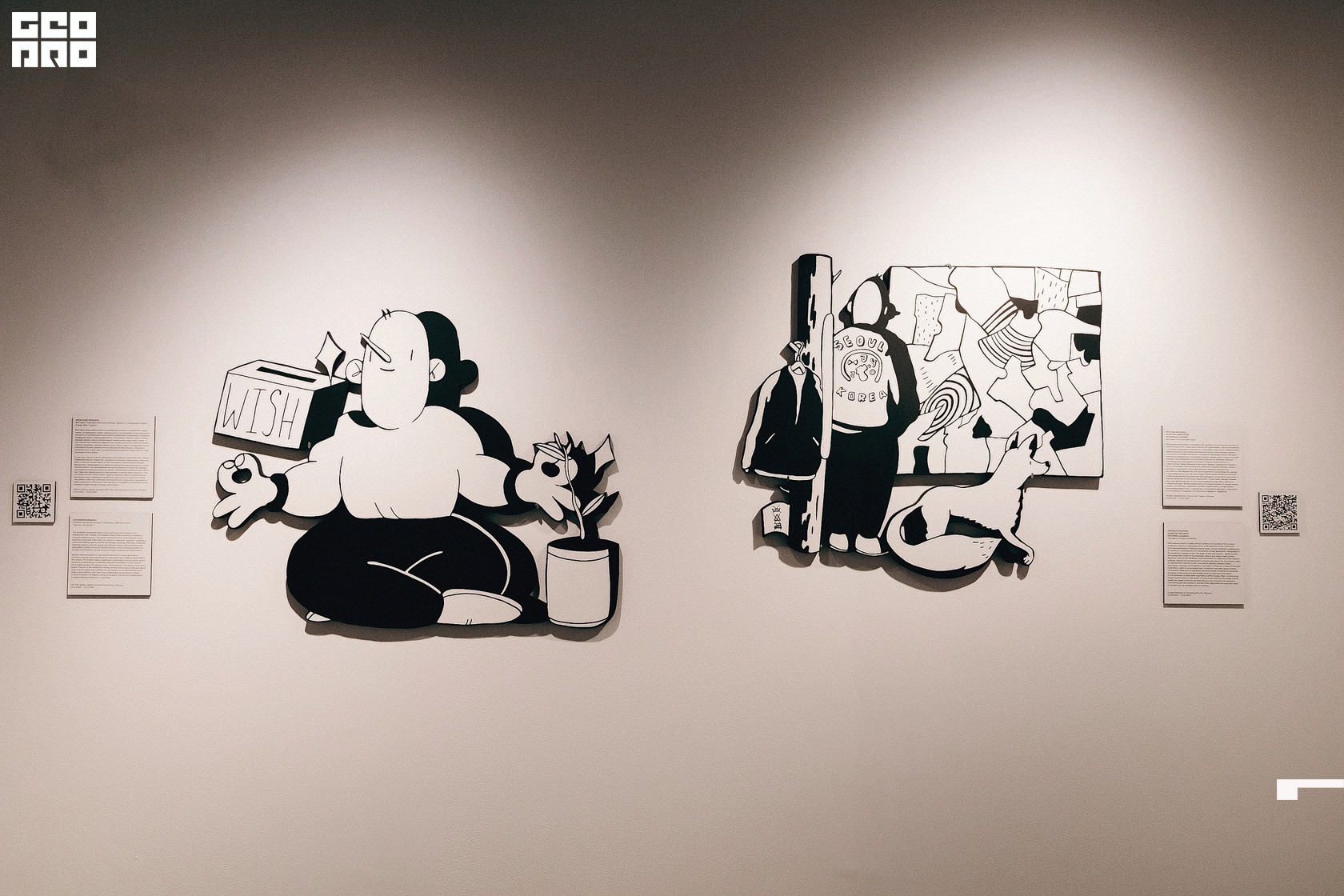 The opinion on the exposition format was divided among journalists and visitors. While some liked the concept of presenting artistic documentation as ironic graphic portraits of the projects, others found that part of the exposition poor and uninformative. However, the decision had undoubtedly helped create a stylish and laconic artistic space that involved active and interested viewers into a dialog. 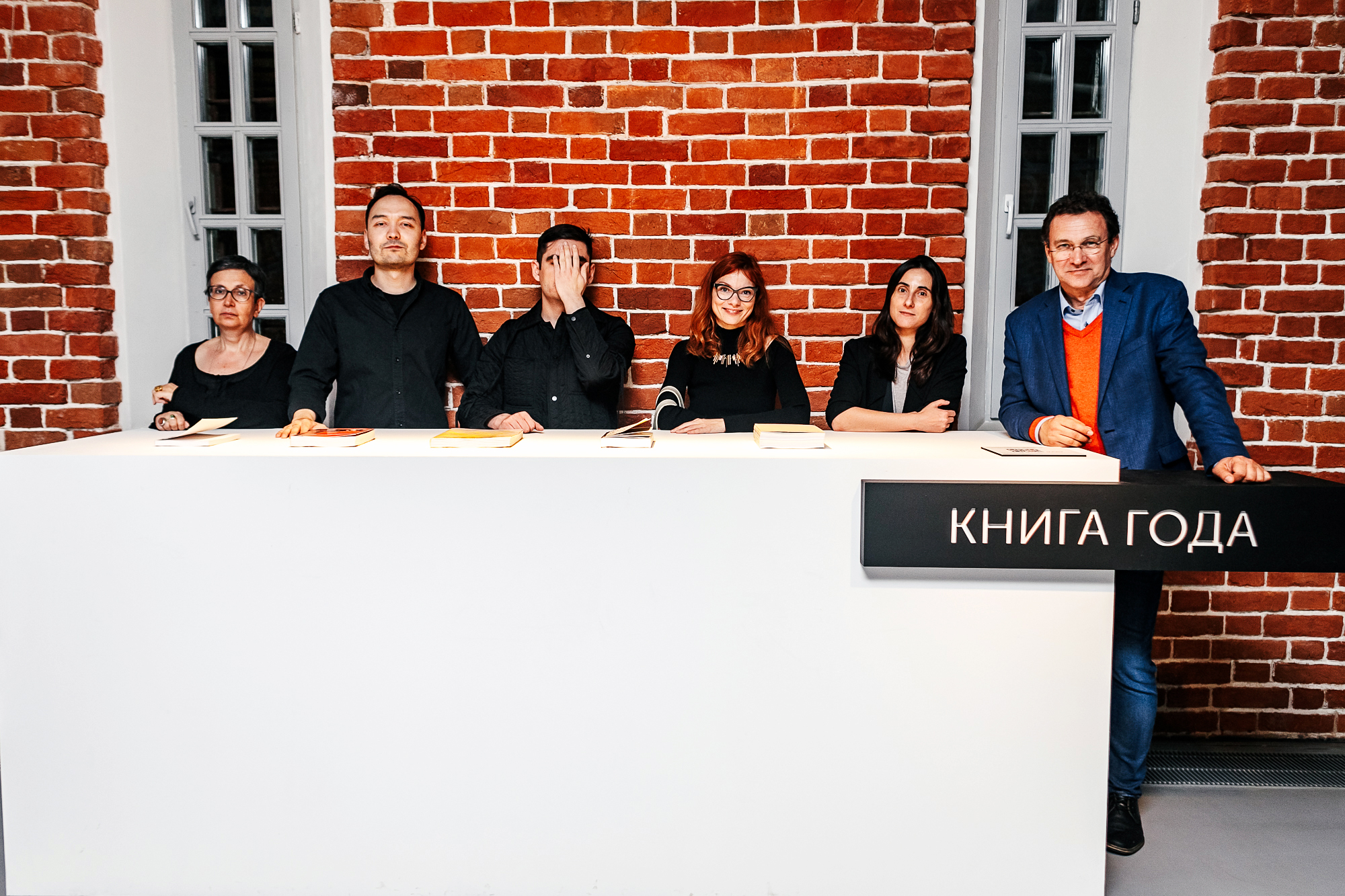 Experts of the “Book of the year” nomination

Two hours after the opening, the guests gathered on Strelka—a symbolic place for all local citizens, a spit where two great Russian rivers meet: the Oka and the Volga. The ceremony was held under the roof of exquisite structures from the legendary 1882 industrial exhibition. These structures had first been assembled in Moscow  and then delivered to Nizhny Novgorod for the All-Russian Industrial and Arts Exhibition of 1896. That had been a major event in tsarist Russia, demonstrating industrial innovations of that time. 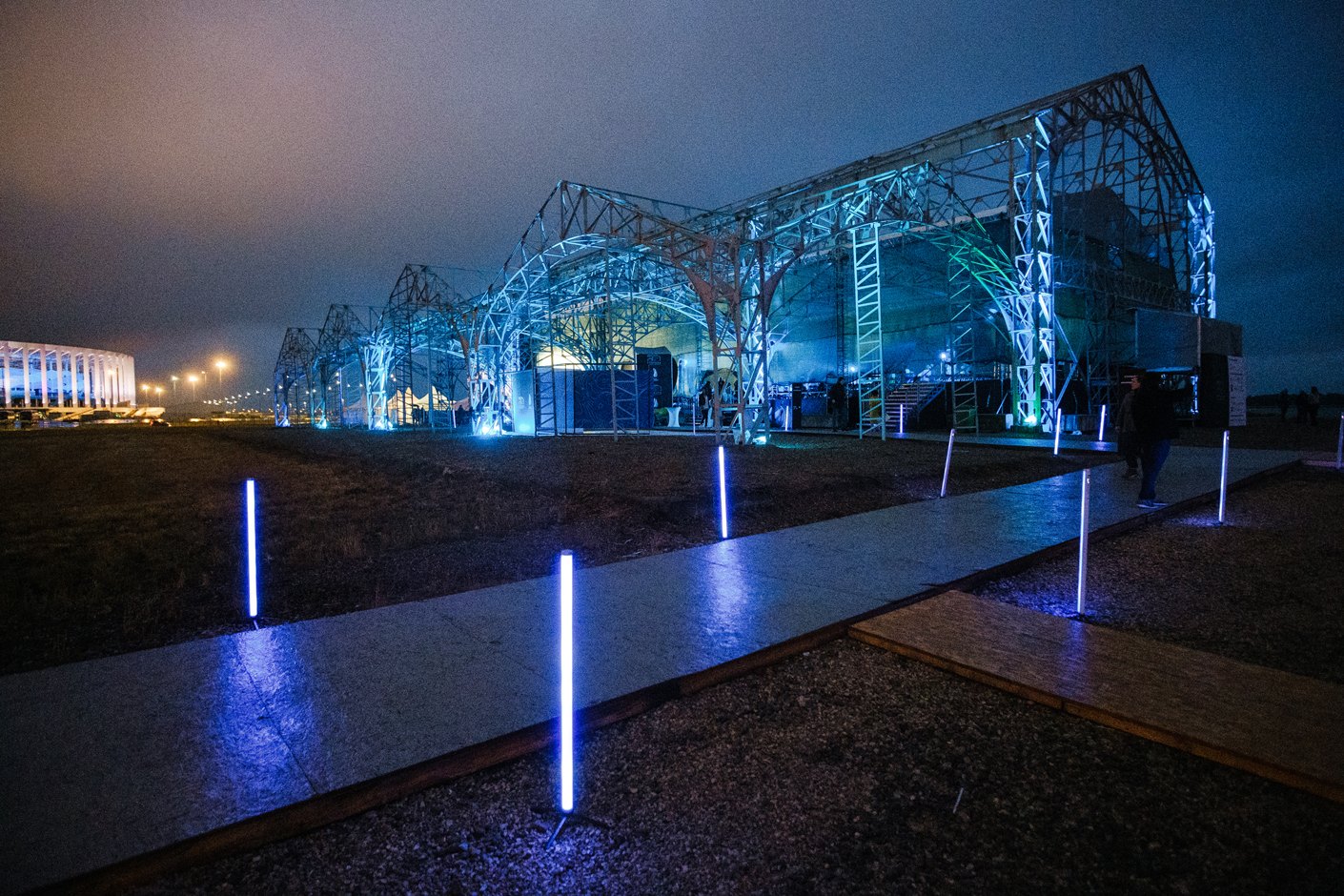 The ceremony program was somewhat unconventional. Within a rather limited span of time, ‘and-the-winner-is’ announcements came in turn with operatic performances accompanied by the Nizhny Novgorod Philharmonic Orchestra. The show proved to be part of the Strelka Opera Festival project launched in Nizhny Novgorod this year. All on-stage actions were broadcast on a huge screen, with video effects applied in real time. Transformed by video artist Yan Kalberzin, the reality of the performance reached the audience as something expressively ethereal, immaterial.

Special prizes were the first to be given.  The partner, French Institute in Russia, chose New Generation nominee Anna Rotayenko as their laureate, while Governor Gleb Nikitin representing Nizhny Novgorod Oblast authorities opted for Svetlana Shuvayeva, Artist of the Year nominee. Both winners will visit creative residences located in Paris and Nizhny Novgorod, respectively. 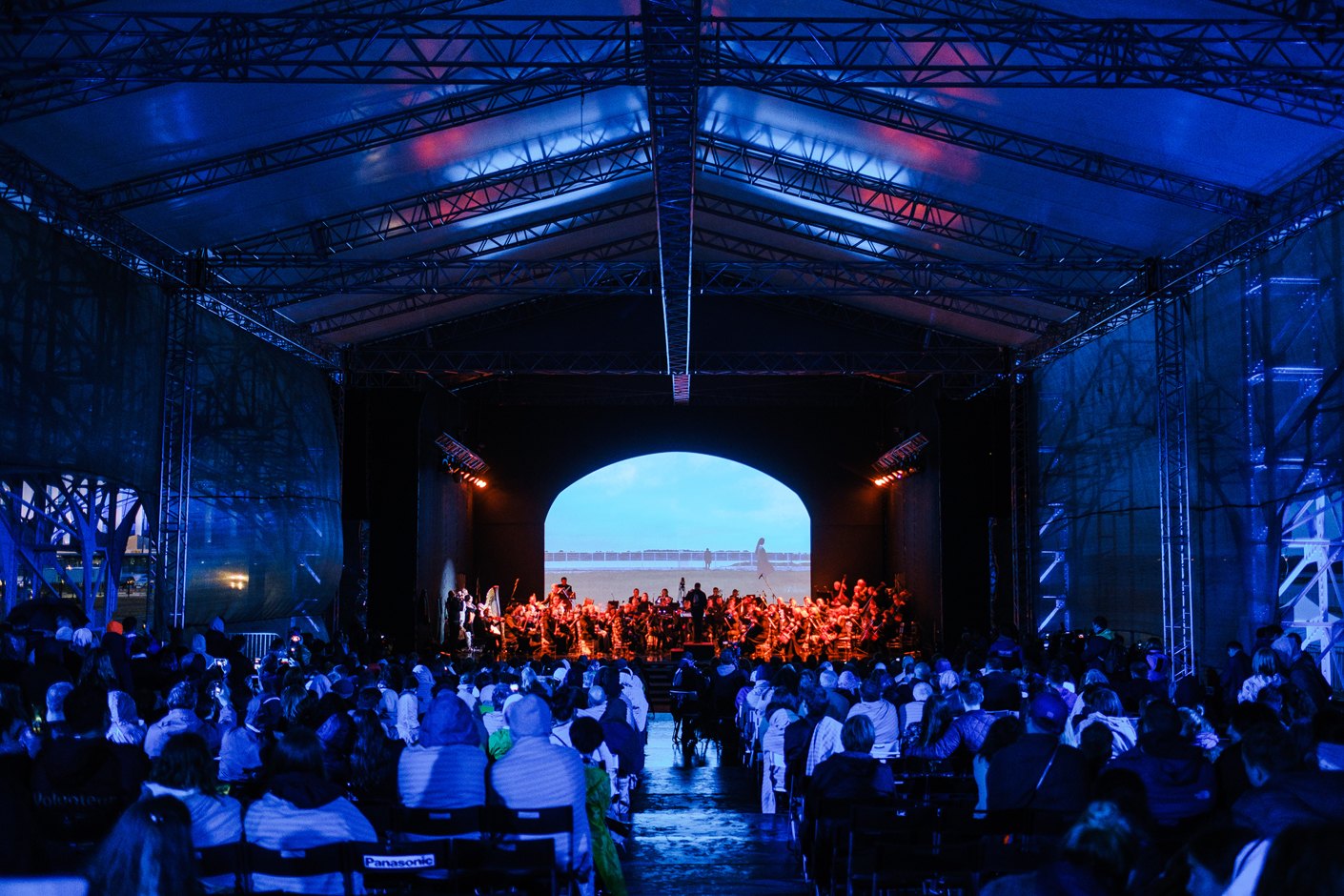 Two local projects won prizes thus marking the significance of the city chosen for the ceremony. The New Generation winner was Fly and Unite by Anna Kozonina, Anastasia Dmitrievskaya and Anton Ryanov—a project whose title hints at the Russian version of the slogan “Workers of the world, unite!”. It had been carried out in October 2018 during PROscenium Fest at the local Vodnik Stadium. Best Project was awarded to the Martin Passion performance that had also taken place in Nizhny Novgorod Oblast. The show had been part of the famous Art-Ovrag Festival of Contemporary Arts held in the town of Vyksa in 2018. Devoted to the closure of the last Martin open-hearth furnace operating in Europe, the performance had been put on right inside the Vyksa Steel Works by Anna Abalikhina, director and Golden Mask laureate.

Valentin Dyakonov and Ekaterina Lazareva were named the best in the Curator of the Year nomination for their large-scale project Prosperity Tissue carried out in Moscow’s Garage Museum of Contemporary Art. The exposition meaningfully titled Sometimes The Short Сut Is The  Longest brought the Artist of the Year award to its author Vladimir Seleznev.

For the Book of the Year nomination supported by U-Art, a special board of experts was established. The award went to Gleb Napreyenko and Alexandra Novozhenova for their Episodes of Modernism published by NLO. Alexandra had passed away last year, so it was her parents, Lev Novozhenov and Maria Grodnitskaya, who collected the prize. 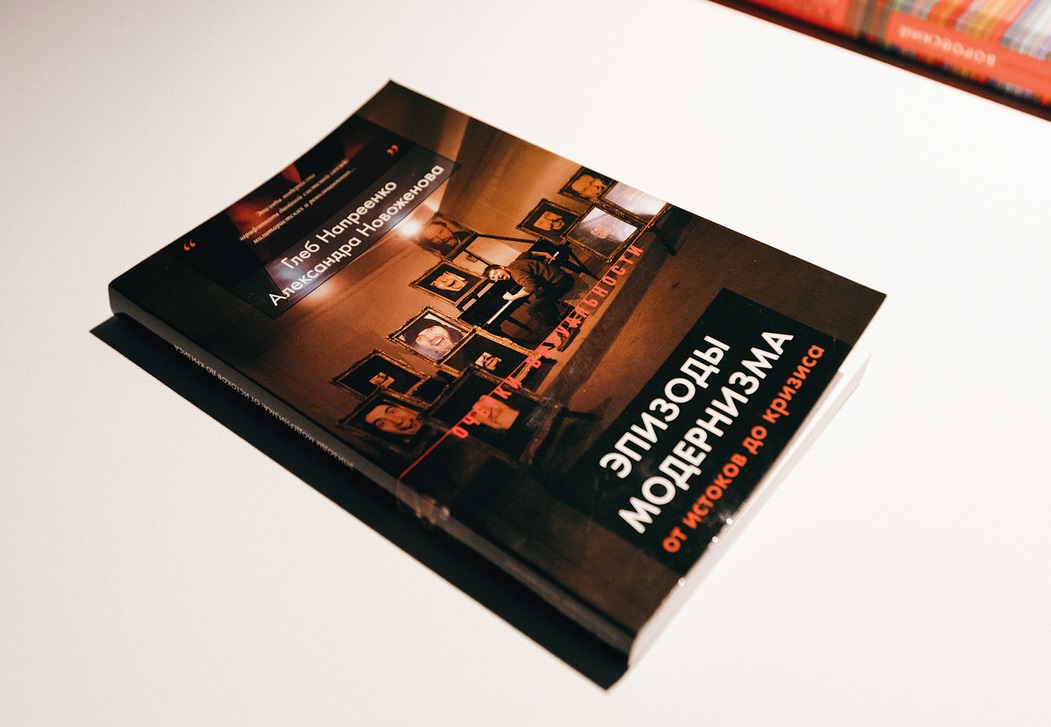 The Contribution to Contemporary Art award was given to Leonid Bazhanov who mentioned in his speech that all NCCA branch offices were currently “in a state  of ruins.” To think that those particular centers had given rise to the institution of contemporary Russian art. Awards clearly exist not only to honor this or that person, but also to help the community define key ways of development, mark the achievements, and activate a dialog between all those involved: artists, curators, art dealers, collectors, viewers, and society as a whole. It’s serious work the society should do for the sake of its self-identification and  self-consciousness. It’s a way to make a stop and look back, in order to be able to move on freely. The award given to Leonid Bazhanov has exactly this meaning.

Created by Leonid Bazhanov and Mikhail Mindlin, national centers for contemporary arts are located in Moscow, Nizhny Novgorod, Kaliningrad, Saint-Petersburg, Ekaterinburg, Saratov, Samara, Vladikavkaz, and Tomsk. They have become the foundation supporting the development of arts in the country’s regions. Despite multiple challenges the NCCA network has faced over the last few years, they did a great job—if only judging by the fact that the Innovation award was successfully presented outside the capital. Two days after Innovation, the Russian Ministry of Culture announced that all NCCA centers would be placed under the management of the Pushkin State Museum of Fine Arts and its director Marina Loshak. Although only time will tell what these changes will have brought, the Pushkin Museum’s balanced and thoughtout policy aimed at supporting modern art leaves us somewhat optimistic. 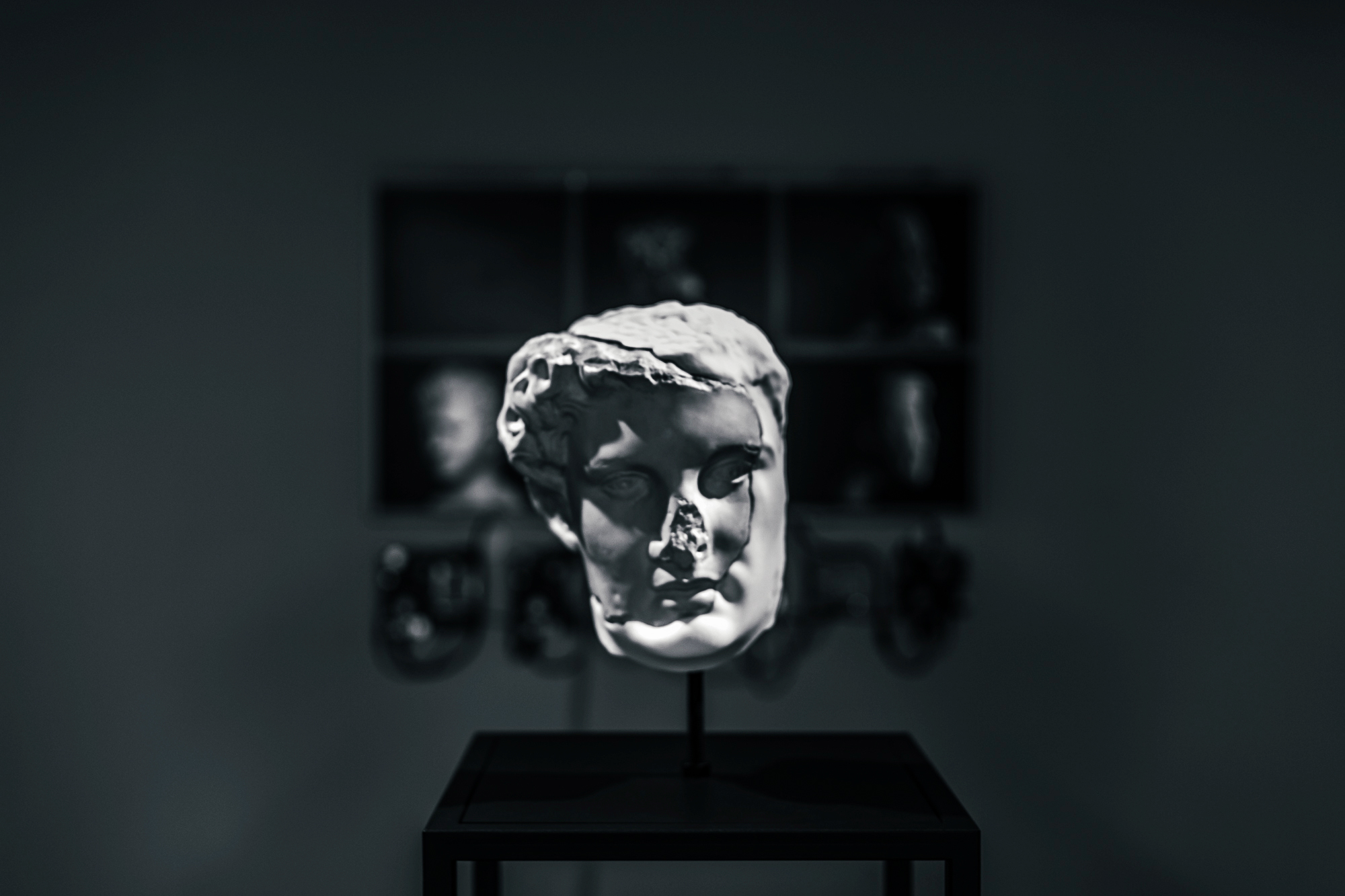